On Superman and MAN OF STEEL

*Warning: Analysis and Mild, Non-Specific Spoilers for Man of Steel ahead.*

I’m not sure when I fell in love with Superman. I’ve been reading Superman comics for as long as I’ve been reading comics, but I wouldn’t say that I loved the character until recently, and I’m not sure that I can pinpoint just when it happened. It was before Superman Returns came out, for sure – the tears of joy that I cried while watching that movie for the first time were copious, and while I later came to recognize that it’s a flawed film, it's still one that I really enjoy.

I went into Man of Steel hoping that the film would capture those feelings. Christopher Nolan’s Batman movies are dark, painfully serious affairs. That may work for Batman, but with Nolan producing Man of Steel my fear had been that it would feel the same way. The last couple of trailers gave me hope, though. The voiceover from Russell Crowe’s Jor-El made it sound like Nolan and director Zach Snyder got it, that Superman would be that inspiration, that beacon for the world that he’s supposed to be. 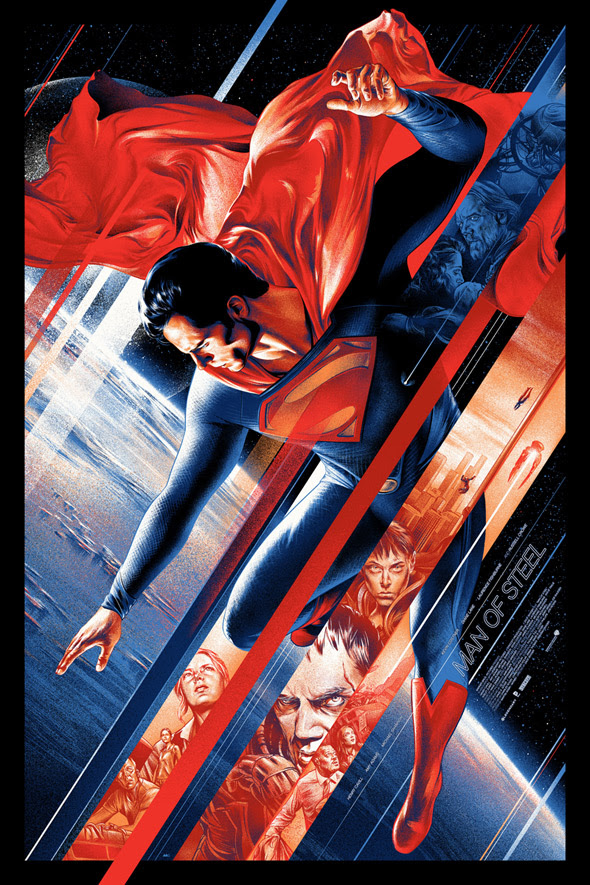 There’s a lot to like about Man of Steel. I thought the cast was superb. Henry Cavill is a likable Clark Kent, Amy Adams is stellar as Lois Lane, and Michael Shannon is wonderfully maniacal as General Zod. Kevin Costner and Diane Lane’s turns as Jonathan and Martha Kent give the film nearly all of its emotional depth. Antje Traue is great as Faora, Zod's number one lieutenant and a major adversary of Superman's during one of the larger fight sequences.  The bit players that surround the headliners are a who’s who of favorites – Laurence Fishburne, Richard Schiff, Christopher Meloni, and Harry Lennix all get a good amount of screen-time, and it’s great to see Battlestar Galactica alums Tahmoh Penikett and Alessandro Juliani in anything. Schiff in particular is masterful casting as the Superman universe’s resident scientist, Emil Hamilton (a role that, coincidentally, Juliani played on Smallville). The effects are beautiful, particularly during the Krypton sequences. The action sequences are intense and the stakes are high. Anyone who complained that Superman never hits things in the other movies should have no complaints here. And yet…

And that’s not Superman.

Superman always has time for those things. He always makes sure no one’s injured, or if they are that they’re taken care of. He always tries to move the fight to a location where minimal damage will be done. His first thought is always about how to keep people safe. How to beat the bad guys is part of that, but it’s not all there is. 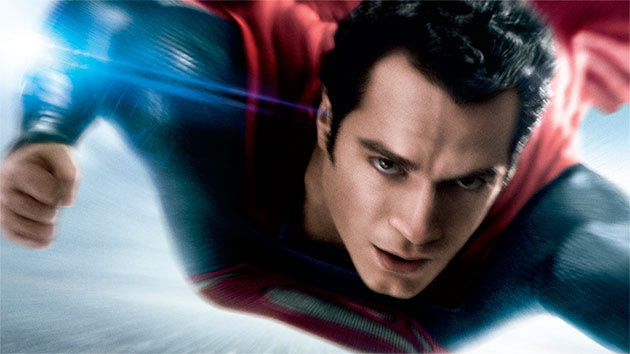 There is one moment in Man of Steel of pure joy – Clark’s first flight, of course – and a few brief bits of humor, but overall it’s exactly what I feared it would be: a relentlessly dour, almost completely joyless movie. Superman in this film feels like a weapon. When he flies, he thunders away, and when he lands, he tends to tumble and crash. He is the most powerful man on the planet, and he’s worried about how people are going to react to that, and given the way he acts he’s right to be worried. There’s a grace to Superman that is absent from him in this movie. Maybe it’s because it’s an origin story and he’s still learning. I tend to think it’s just something the filmmakers didn’t think about while they were making the movie.

One thing you can tell Snyder definitely thought about was wholesale destruction of cities large and small. There are action sequences in both Smallville and Metropolis that basically leave both cities demolished. It’s as if Snyder watched the Destroyer sequence from Thor and the climactic battle of The Avengers and thought, ‘This shit is amateur hour.’ If the quality of a movie is directly proportional to the cost of repairing the city destroyed in it, then Man of Steel must be the best movie of all time.

All in all, Man of Steel is a fine movie. The story is decent and the action is exciting. As a Superman movie, though, the film fundamentally lacks an understanding of what makes Superman Superman . It takes more than a set of powers to be Superman. Hopefully Clark will have developed those qualities by the time Man of Steel 2 rolls around.
at 10:27 PM
Email ThisBlogThis!Share to TwitterShare to FacebookShare to Pinterest

I couldn't agree more, Joe. Those are exactly the things that bothered me as well, along with a bit more dislike of Pa Kent than you got, I guess; that was as big a miss for me as Superman's lack of compassion, though I thought Ma Kent was good. I hope this is recognized and Supes can grow in future movies into Superman, but if he hasn't gotten it in 33 years I'm doubtful.

I haven't seen Man Of Steel yet -- I still plan to, but I guess I'm disappointed to hear he wasn't portrayed as the ideal he's supposed to be. I'm also glad to hear I wasn't the only one who like Superman Returns and didn't really get why so many people wanted to trash it.

nice review, but i like this movie that much better than superman return
see my review about man of steel in my blog www.mikoarcstudio.blogspot.com

Everything that I feel about this movie is in this post.

Joe G.
Joe Grunenwald is an aspiring writer from the Midwest. He grew up on a steady diet of comic books and cartoons, and wouldn't mind one day making those. You know, just for fun.